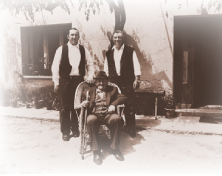 "Trust is not enough, you have to believe," emphasizes Marko Skočaj, the owner of the winery in Ceglo (Goriška Brda, aka Collio), known by it's brand DOLFO. Dolfo Skočaj was the one who, shortly after the First World War World War, bought the first patch of earth and went on his own. He believed that Brda have the best natural conditions for vine growth and the production of such a quality wines that there will be not difficulty to sell. His son Rudolf expanded the estate, but in 1986 passed the reins in the hands of his just 19-year-old son Marko. He believed that Marko will be able to upgrade the accumulation of the knowledge, passed down from generation to generation, with new approaches. That were the turning years for Brda's wine making, which was for several decades in the clamps of the cooperative cellar or limited to the unnamed draft wine. Marko believed that it is time for an independent approach to the market. He joined the group of young winemakers who have decided to offer start bottling their wine. In homage to his grandpa he chose his name for the house brand. That's how, in 1989, the wines labelled DOLFO appeared on the wine lists of the restaurants and on the shop shelves of the enotheques.

Wine lovers and connoisseurs immediately recognized the quality oh his extremly fry wines. What followed was a success that resulted in expansion of the vineyards, followed by building of a new cellar with a tasting room. Family Skočaj cultivates today 14ha of vineyards and annually provides the market with 55,000 bottles of excellent wines. 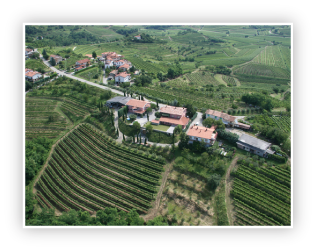